The touching moment arrived after Veronika Matyó's now fiancée, Daniel, proposed to her at the Hungaroring, with Daniel having already hatched a plan to have Sebastian play a part in their special moment.

Speaking exclusively to the team, Veronika shares how Formula One brought the happy couple together and how Sebastian helped to make their engagement all the more memorable.

"It's been around ten years since I started watching Formula One. Daniel and I actually met four years ago at the 2017 Hungarian Grand Prix, having been friends for the best part of three years before that.

"As artists, we both sketch Formula One cars in our free time, and initially connected over our shared passion for art.

"We both met Sebastian Vettel at the Hungaroring that year, and he was kind enough to sign our drawings.

"Now that I look back, I realise that that Grand Prix was the weekend that changed my life forever.

"Daniel and I became very close during that weekend and began a relationship. We both study at university in Budapest, and last year we moved in together.

"We've always attended the Hungarian Grand Prix together since then. This year was no different, although I didn’t know it would be quite such a memorable one!

"The weekend started when we met Sebastian at the airport. Again, he was kind and patient and signed our drawings.

"We both gave him a copy of each of our artwork, and I distinctly recall Daniel saying something about 'checking his present as soon as possible.'

"Later on that day [Saturday], Sebastian waved at us when he left the track on his bike. Daniel and I decided to hang around so that we could see the Hungaroring under the floodlights.

"At 7pm, I asked Daniel if we could make our way home but he insisted that we stay.

"Around half an hour later, Daniel and I were just talking when he suddenly said: 'Look to your right. A photographer is coming to take some photos of us, because I want to ask you to marry me', and he knelt down.

From her hopes of seeing a new generation of Hungarian talent in Formula One, to her first experiences of the Hungaroring, this is Fanni's story in her own words.

"I was caught so off guard and I was so surprised because I was not expecting it. Of course, I said yes!

"The photographer took some photos of us at the main entrance and a small crowd gathered and started cheering and clapping for us. It was such a sweet and overwhelming moment.

"We were looking at the photographs, and just when I thought the moment couldn't get any better, we looked up to see Sebastian stood next to us.

"Daniel was clearly surprised, because he started crying. I don’t think he expected Sebastian to turn up. Daniel then explained to me that his letter had invited Sebastian to attend the proposal, which I thought was so sweet.

"Sebastian gave him a gift with a small hand-written letter and a signed cap. He congratulated us and we took a few photos with him. 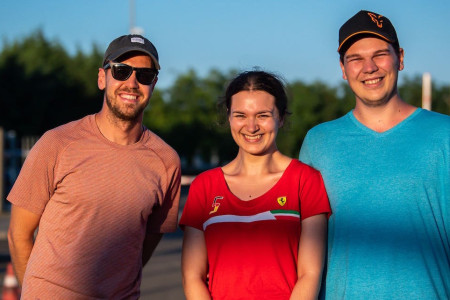 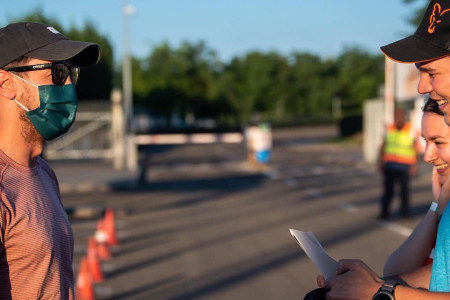 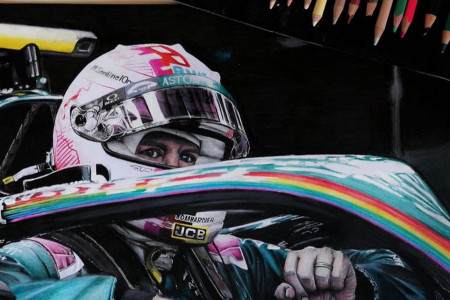 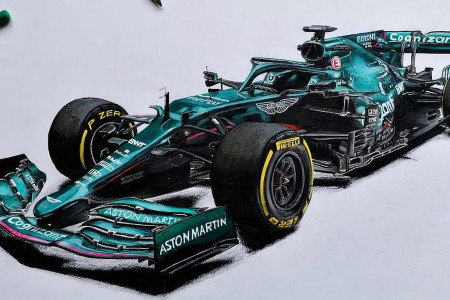 "It wasn't until we saw Sebastian on Sunday evening again that he told us he only read Daniel's letter at 7pm, so he rushed to get ready and over to us by 7.30pm.

"He spoke to me in German and praised my drawing. He was also surprised to discover that I study translation instead of art.

"I still cannot believe this all happened. It was a wonderful engagement, and I'm so grateful to have a partner like Daniel in my life."

Your guide to Spa